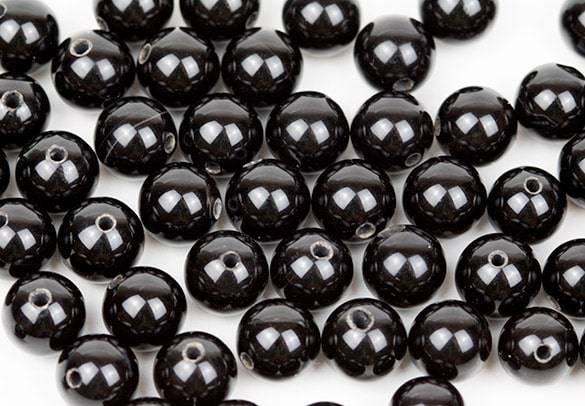 Agate is a rock consisting primarily of cryptocrystalline silica, chiefly chalcedony, alternating with microgranular quartz. The stone was given its name by Theophrastus, a Greek philosopher, who discovered the stone along the shoreline of the river Achates in Sicily.

There are more than 150 varieties of Agate. Agate can be of any colour, but the most common colours are grey, white, brown, salmon, pink, red, orange, black, and yellow.

Black Agate is man's talisman. Ring or bracelet with the Black Agate makes the wearer irresistible in a woman's opinion and also increases his sexual energy.

Black Agate offers you prosperity, a victory for athletes and courage. As a talisman, Black Agate is used to promote courage and self-confidence.

Black Agate protects from danger, gives power against forces of darkness, and brings emotions into equilibrium.

Agate can harmonise positive and negative forces, alleviate bad dreams and can give courage, energy, strength, and dispel fears, all of which increase self-confidence.

It can also lessen feelings of envy by grounding the emotions. It is a stone of harmony, and by bringing the elements of one being into balance.

Black Agate brings spiritual awareness into action, balances earth and the sky. It stabilises and grounds while elevating awareness, helps to clear emotional pain. It is ideal for centring and focusing.

Black Agate is used for Protection, Courage, Success. It is worn for courage and success in competitions. Black Agate with their hot energy helps Reproduction System.

Black Agate is excellent as a healing crystal for respiratory issues, eases nausea, indigestion, cramps and problems of the teeth and gums. Agate is used for treating dizziness, headaches, as well as skin problems. It keeps the body in balance, especially as one age.

Black Agate has a positive influence on intestines, especially on the large intestine, improves a condition of blood and lymphatic system.

ALL handcrafted jewellery with Black Agate 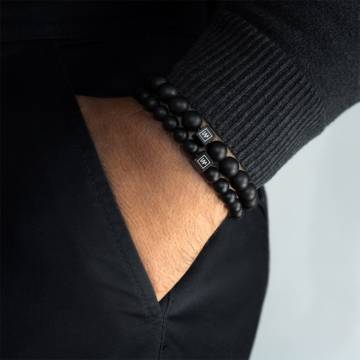 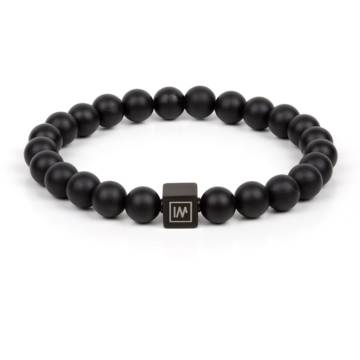 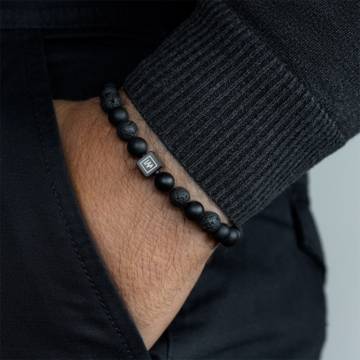 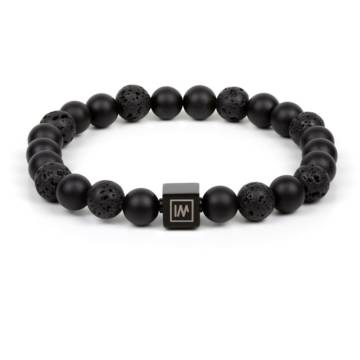 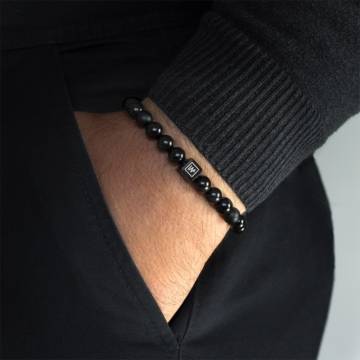 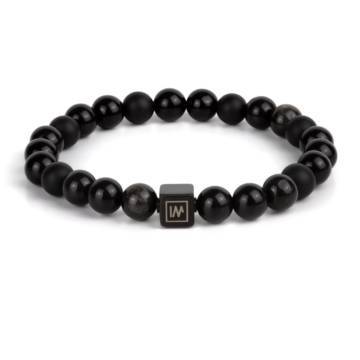