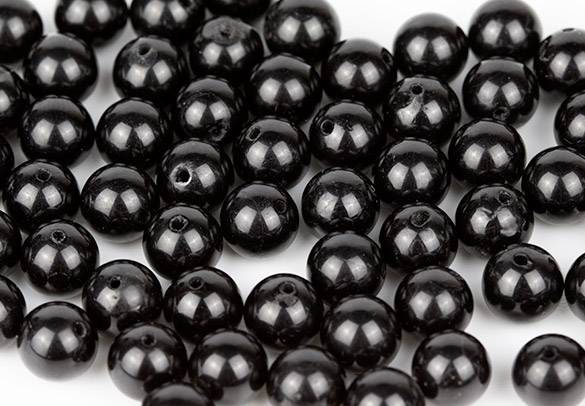 Tourmaline comprises trigonal borosilicates of the cyclosilicate superclass.
Tourmaline comes in a wide variety of colours. Some Tourmaline stones are colourless, and there are also blue, pink, yellow, and red Tourmalines. Other colours include reddish-purple, dark forest green, lime green, neon blue, light brown, and bluish-black.
Black Tourmaline called Schorl. The most common Tourmaline species is Schorl, which accounts for ninety-five per cent of all Tourmaline in nature.
Ancient shamans relied upon Black Tourmaline to protect them from earth demons as they spread their spells. Today this stone is still revered as a premier amulet of protection, a mystic shield deflecting and dispelling negative energies and destructive forces.
Although Tourmaline may be found on every continent, fine crystal specimens and gems are still considered rare and can be quite expensive. Black Tourmaline can be found in many locations, including the United States, Zimbabwe, Brazil, Australia, Sri Lanka, Pakistan, and Africa.

What Do Tourmaline and Schorl Mean?

Reported by Christianus-Fridericus Garmann in 1707. The name "tourmali" was a generic name used in Ceylon (Sri Lanka) for coloured gems, mostly zircons. Hill called it Tourmaline Garnet in 1771, and Richard Kirwan shortened the name to "Tourmaline" in 1794.
The early history of the mineral Schorl shows that the name "Schorl" was in use before the year 1400 (AD) because a village known today as Zschorlau (in Saxony, Germany) was then named "Schorl". In English, the names "shorl" and "shirl" were used in the 18th century for Schorl.

One of Tourmaline's most distinctive properties is its ability to become electrically charged simply by heating or rubbing it. When charged, one end becomes positive and the other negative, allowing it to attract, or repel, particles of dust or bits of paper.
Black Tourmaline is known to be one of the most effective and powerful stones that can heal and protect you physically, emotionally, mentally, and spiritually.

Schorl is a protective stone that is very good for keeping negative vibrations away from your aura and out of your body space. It promotes a sense of power and self-confidence, allowing for a clearer, more objective view of the world.
Black Tourmaline is also a powerful grounding stone, electrical in nature, providing a connection between Earth and the human spirit.
This stone will help you in many ways. The negative ions of Black Tourmaline will encourage clear thinking and lightheartedness.

Black Tourmaline is a very effective stress reliever. It is known to help with panic attacks, especially those brought on by dark places or confined spaces. Just rubbing the Black Tourmaline in your hands can make feelings of panic subside within a few minutes.
With the energy of the Black Tourmaline, you are not only healing your physical body but also providing physical, emotional, spiritual, and mental detoxification.
Tourmaline is specifically used to treat motion sickness. It may also assist in restoring lustre and shine to hair and nails.
Black Tourmaline stimulates the reflex points associated with the lower back, legs, ankles and feet. It may be used to realign the spinal column.

You have nothing to fear when you have Black Tourmaline close to you. Not only can it help ground you, but it can also be an excellent source of protection. Black Tourmaline will suck all the negative energies from their surroundings and convert them to positive energy. It's also a beautiful stone that can bring you joy, love, confidence, and good health. 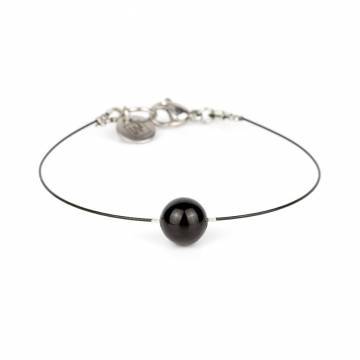