The INMIND Prometheus Silver Trio bracelet celebrates this philanthropist gift to mankind. He loved us. He helped. He defied the other gods and suffered for us. The courage of Black Agate, focus on the goal of the Brecciated Jasper and protection of the Lava Stone. For those who believe in a Higher Purpose.

The INMIND Prometheus Silver Trio bracelet is strung on a super durable black stretch cord made in the USA. This soft, elastic cord has excellent stretch memory (meaning that it's less likely to stretch out permanently) and returns to its original shape after stretching.

At INMIND, we believe that bracelet layering and versatility of use is essential. Try to combine our Prometheus Silver Trio bracelet with other our bracelets or any colour outfit. The only limit is your imagination! 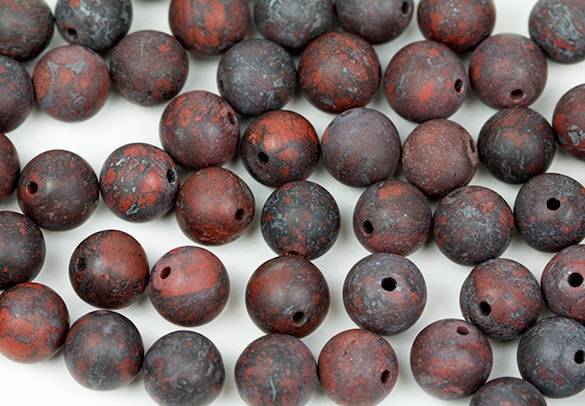 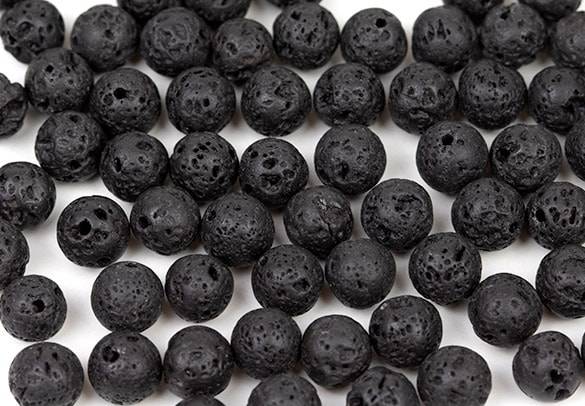 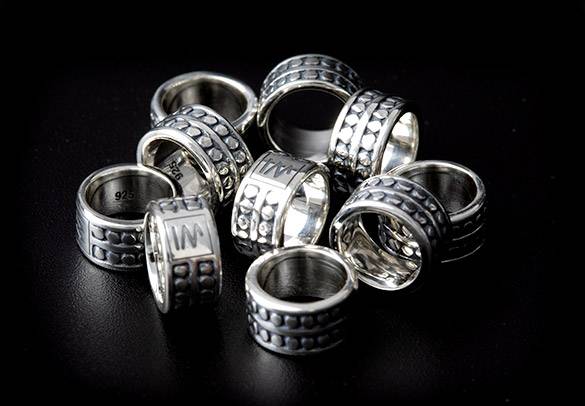 Bali master silversmiths handcrafted our INMIND Sterling Silver "Dots" Spacers under our design. 925 Sterling Silver meticulously handcrafted and polished, with the touch of oxidising to get these dark tones between the dots. The perfect accompaniment for natural stones. more » 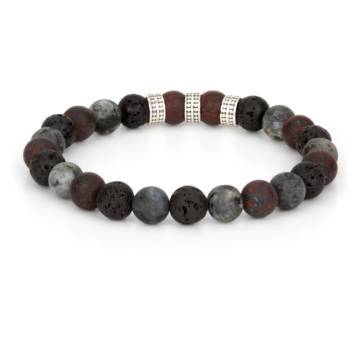 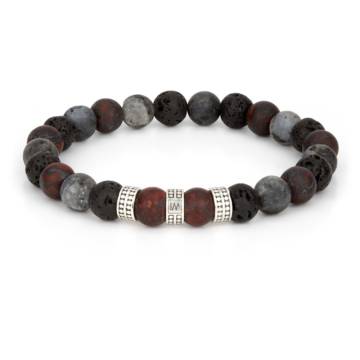 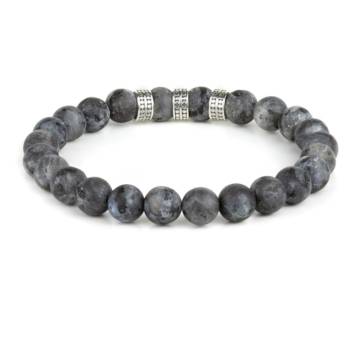 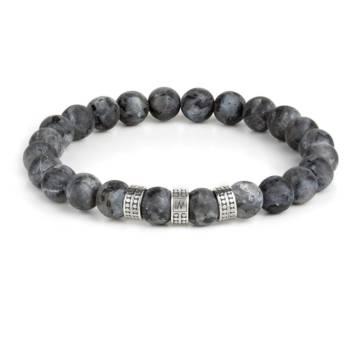 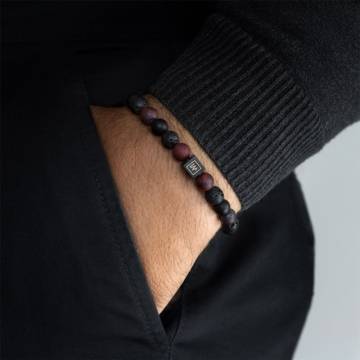 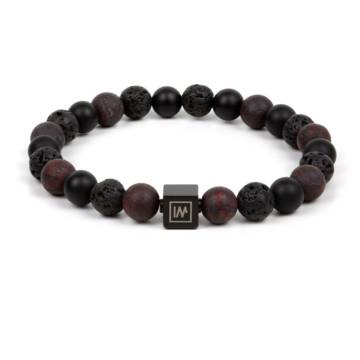