(12 customer reviews)
Please be sure to choose your WRIST measurement. This is your actual wrist size, not your bracelet size.
Wrist Size Guide
DETAILS
Exclusively designed and handcrafted with You INMIND in Lithuania.

In the classical world, the eagle was sacred to sky gods such as Zeus and Jupiter. The Greeks believed that eagles could control lighting and nailed eagles to the peaks of temples to deflect lightning bolts.

Greeks had a tale about Periphas, the king who ruled the men and was just, wealthy and pious. His leadership was willingly accepted by all. Because of the pre-eminence of his good works, men took away honours due to Zeus and decided that they belonged to Periphas. Zeus, indignant, wanted to incinerate the entire household of Periphas with a thunderbolt, but Apollon asked that he should not be utterly annihilated since he had been sincerely honoured by Periphas sacrifices before. This Zeus granted to Apollon, and he went on to the house of Periphas and turned him into a bird, an eagle. Zeus granted Periphas certain honours for the piety he had shown when was human. He made him king of all birds and gave him the task of guarding his sacred sceptre, together with the right of approaching his throne.

With the INMIND Eagle of Zeus beaded stretch bracelet, we hope that wisdom, rationality and respect of the ancient king will help you. Hand-picked very rare light reflecting Eagle Eye stones combined with Black Obsidian. For those who aren't afraid to look at the Sun.

The INMIND Eagle of Zeus bracelet is strung on a super durable black stretch cord made in the USA. This soft, elastic cord has excellent stretch memory (meaning that it's less likely to stretch out permanently) and returns to its original shape after stretching.

At INMIND, we believe that bracelet layering and versatility of use is essential. Try to combine our Eagle of Zeus bracelet with other our bracelets or any colour outfit. The only limit is your imagination!

No need to teach an eagle to fly.
- Greek Proverb

You can find our Eagle Eye and Black Obsidian Beaded Bracelet, Stainless Steel "Eagle of Zeus" in jewellery categories such as Classic Collection, Men's Beaded Stretch Bracelets, Men's Bracelets, Men's Jewellery.
You can look for other handcrafted jewellery by colour: Black, Grey.
Enjoy exploring these sections for other INMIND treasures. 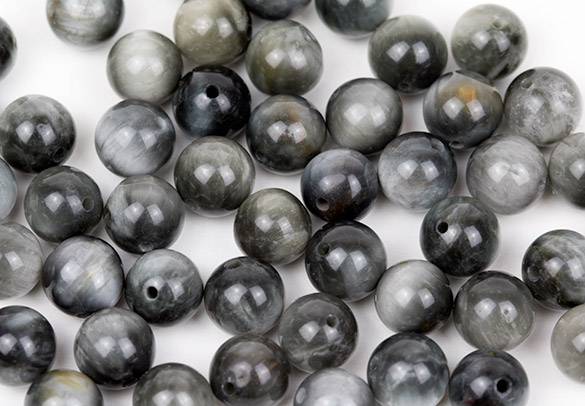 Eagle Eye is a protection stone that can guard you against anything bad. This stone can inspire change in a positive way because it can stimulate transformation and inner sight. more about Eagle Eye » 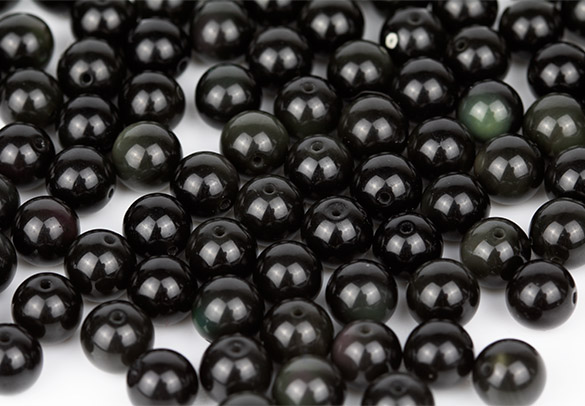 Obsidian is the stone of truth. It can help you to reveal many secrets and can answer many questions about life and love. Obsidian is helpful in developing intuition and grounding you to the earth, releasing negative energies that result in restlessness, irritability and nervousness. more about Obsidian » 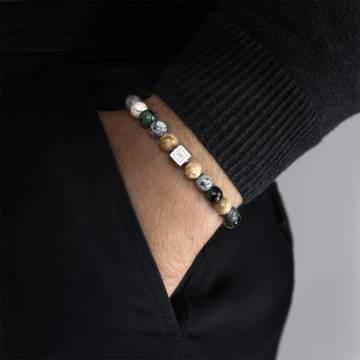 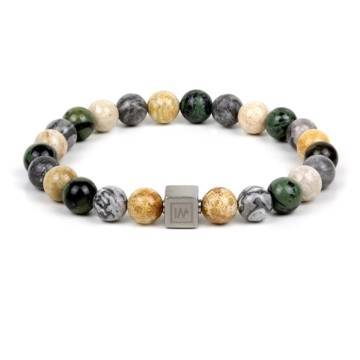 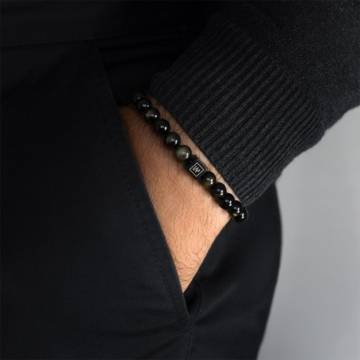 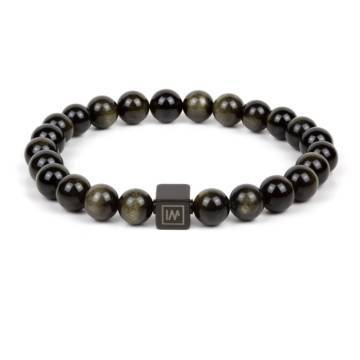 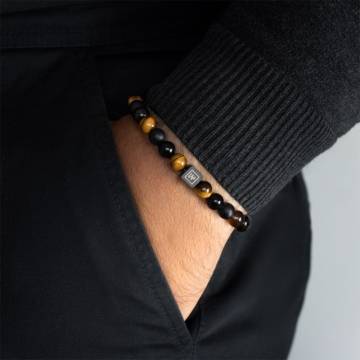 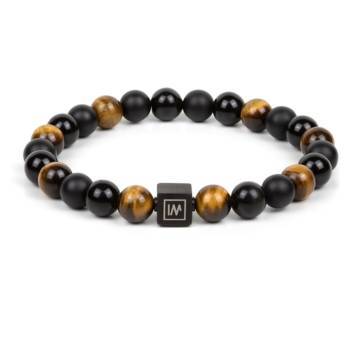